Northern Lite brings over 30-years of experience into building the lightest and highest quality true 4-season truck campers on the market. Northern Lite is known throughout the RV industry for our quality, workmanship & the high end fit and finish on all of our products.

Northern Lite truck campers are built using a 2-piece fiberglass construction which eliminates unnecessary seams ensuring that even in the most extreme weather conditions, you and your family will remain warm and dry inside of your camper. Every Northern Lite is built with comfort in mind. Our interiors feature durable hardwood cabinetry, plush seating area cushions, ample headroom throughout, top end appliances, and a full-sized queen bed in the above cab sleeping area. When Mother Nature forces you to stay inside of your Northern Lite camper, you won’t mind one bit!

All Northern Lite products carry, in addition to the standard manufacturer’s one-year warranty, an inclusive six-year structural integrity warranty. When you buy a Northern Lite camper you not only receive the highest quality truck camper on the market but you also receive peace of mind knowing that if there is an issue, our industry leading warranty backed by our personal care and service will be there to make things right.

The Comfort of Home Wherever Adventure Takes You

Every Northern Lite truck camper comes standard with our Four Season design to help keep you warm in the winter and cool in the summer.

All of which are standard features on every truck camper we build. Our furnace systems are all ducted to the basement areas which heats both the camper floor and the tanks. Unlike many of our competitors the bottom floor of every camper is also insulated and we double insulate under every cab over bed to help prevent moisture when winter camping.

We recommend when shopping for your new four season camper that you go inside one of our campers and close the door and listen to how quiet everything becomes… then try with one of our competitors.

Sign up to receive our In The Wild Newsletter

As the lightest 4-season camper on the market, combined with a low center of gravity, Northern Lite campers go well beyond where the trail ends for trailers and other RVs! 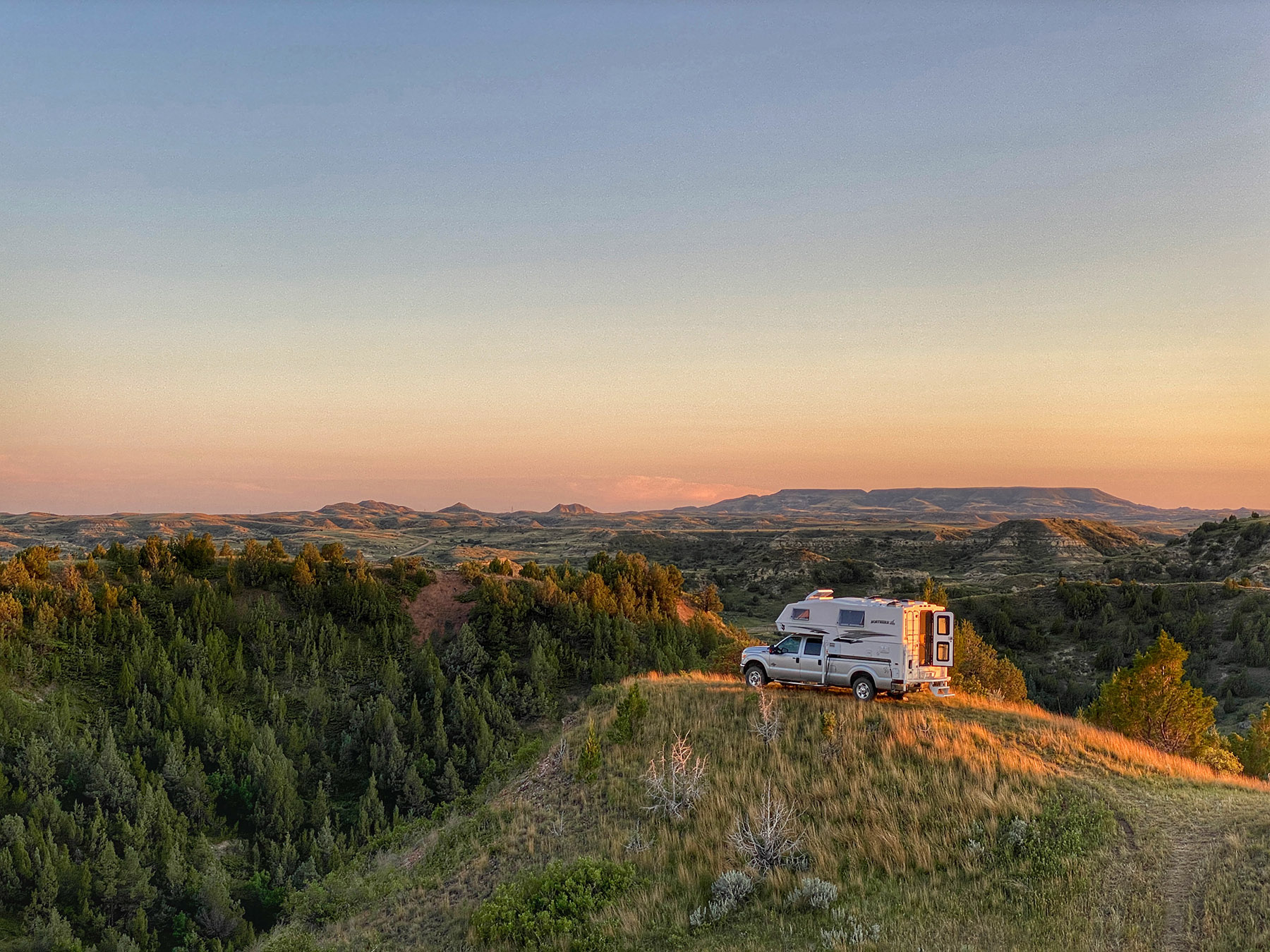 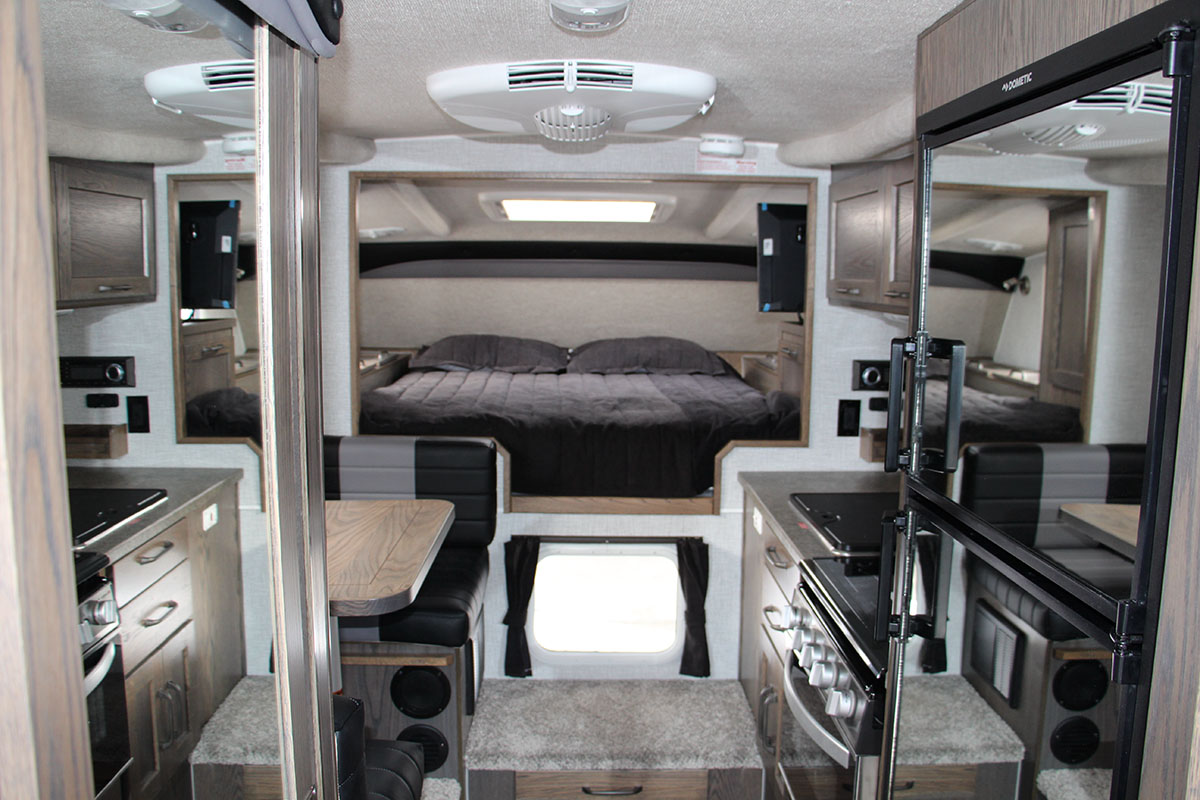 Hardwood cabinetry, plush seating, ample headroom, full sized queen bed, and top of the line appliances. Northern Lite truck campers bring the comfort of home to wherever you are.

Northern Lite truck campers are the perfect solution for anyone looking to take their toys with them on their next adventure. Tow a trailer with your boat, sleds, motorbikes or your UTV and go further than any other RV option. 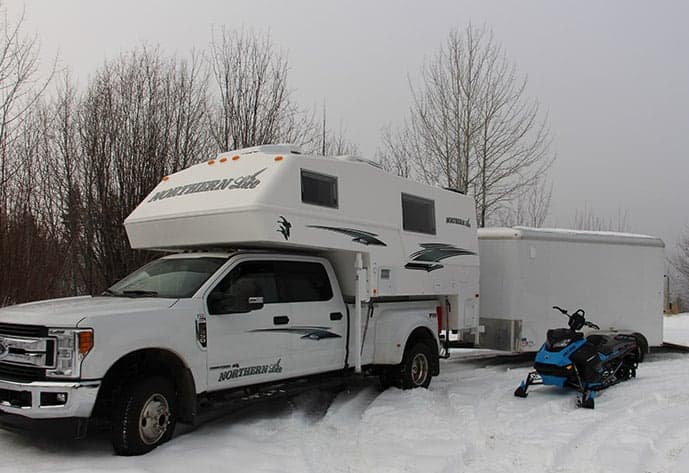 Over 30-Years of History

The company evolved and eventually began to produce a complete line of full-sized truck campers.

In 1989, two entrepreneurs, Mac Donkin and Lloyd Gartrell, who had sold their successful businesses and decided to retire, each purchased with their wives, a Northern Lite Camper for a once in a lifetime tour across Canada and the US and after that a tour to Alaska. After spending 7 months on the road traveling, these gentlemen were so impressed with the quality and workmanship of their Northern Lite Campers that they decided that when they returned home they would invest in this growing company. They felt that if they and their wives were so pleased with these campers, then other buyers would be impressed also.

After 4 years of being investors, Mac and Lloyd decided to buy the rest of the Company. Putting their business experience to work, and emphasizing the importance of building a quality product, Mac and Lloyd expanded the Company until today Northern Lite is now one of the leading manufacturers and exporters of molded fiberglass truck campers in North America. 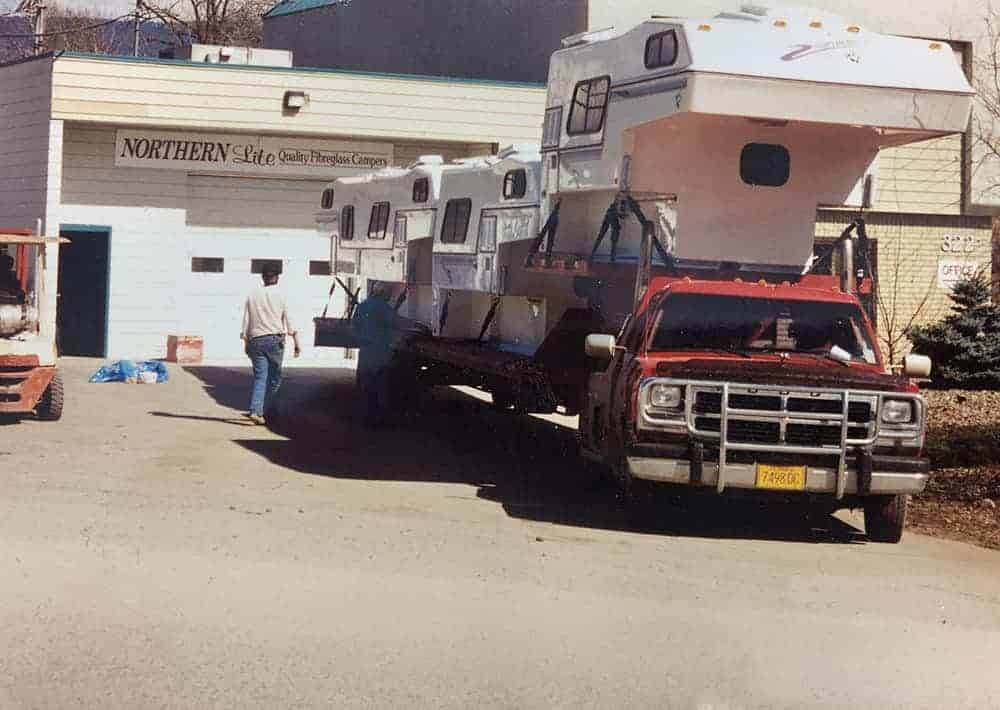