Coast to Coast with the Allards

From Quebec to California and Back Again 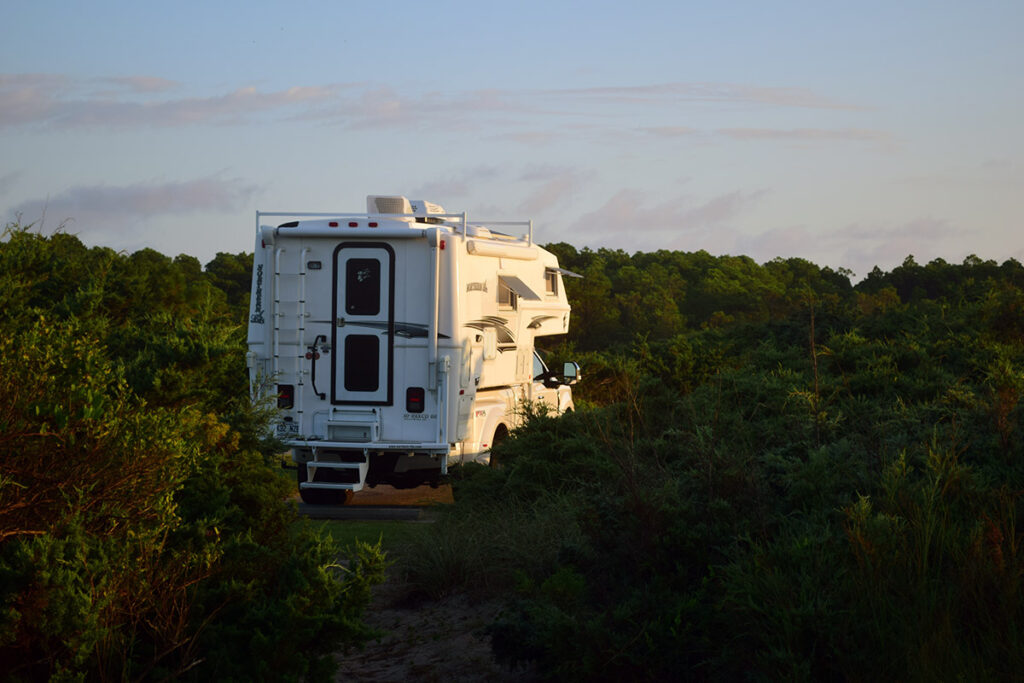 After spending a couple of years tenting, Danielle and Charles Allard bought their first pickup truck camper in 2011. Their decision to purchase a truck bed camper came after spending a soaking wet week at Parc Forillon in Gaspesie, Quebec.

Before purchasing a Northern Lite truck camper, Danielle and Charles bought a used truck camper from another manufacturer and drove nearly 20,000kms, going on an epic road trip starting in Eastern Canada and working their way down and then across the United States hitting many of the key spots and seeing all of the beauty that the U.S. has to offer. Michigan, Indiana, Washington, Oregon, Arizona, Texas, Yellowstone, the Grand Canyon, Death Valley… you name it, they took their truck camper there.

After this first road trip they realized that their truck camper was not insulated enough for the cold weather that they encountered in October and it was a little bit tight for long trips. They wanted a new slide in camper for their Ford F-350 of better quality and comfort and after doing their research they determined that Northern Lite truck campers were clearly better than everything else on the market. They eventually found the perfect truck camper for their needs, a Northern Lite 10-2EX Special Edition.

Their first trip in their new Northern Lite truck bed camper took them along the US East Coast in August 2018. This trip allowed them to familiarize themselves with their new environment and identify a few modifications that they wanted to make to the camper to really make it their own. They made those modifications over the fall and winter and in the spring of 2019, they hit the road again. 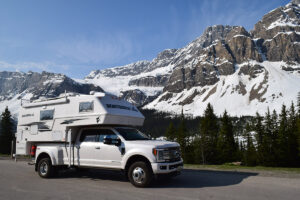 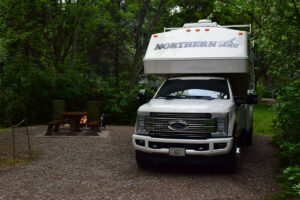 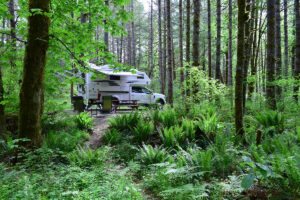 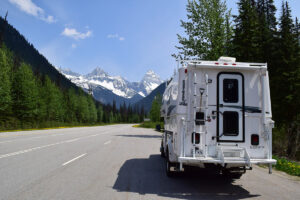 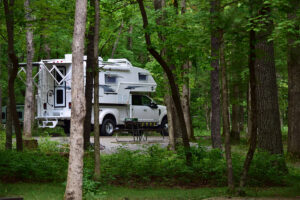 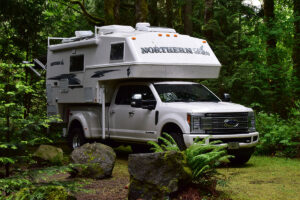 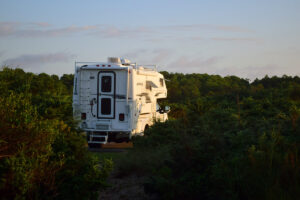 On their second trip with their Northern Lite camper, Danielle and Charles stopped in Niagara-On-The-Lake and then continued west on a route through Michigan, Indian, Minnesota, Montana, Idaho, eventually arriving in Washington State where they hopped a ferry from Port Angeles to Victoria. They explored British Columbia, even making a stop in Kelowna to visit the Northern Lite Factory to see where their 4-season truck camper was born!

Danielle and Charles are currently in Montana experiencing the beauty of Glacier National Park and intend to return home by the end of June. The couple’s adventures have taken their Ford F-350 and Northern Lite truck bed camper through all of the extreme environments in Canada and the U.S. including hot deserts, snowy mountain ranges, and soaking wet coastal rain forests. Through it all they have remained cozy and dry in the comfort of their Northern Lite truck camper!

Thank you for sharing your journey with us Danielle and Charles! Wishing you many happy adventures with your Northern Lite camper In The Wild!

Taken your Northern Lite Truck Camper on an epic adventure… or just to your favorite secret lake for a weekend of fishing? We would love to hear about it!