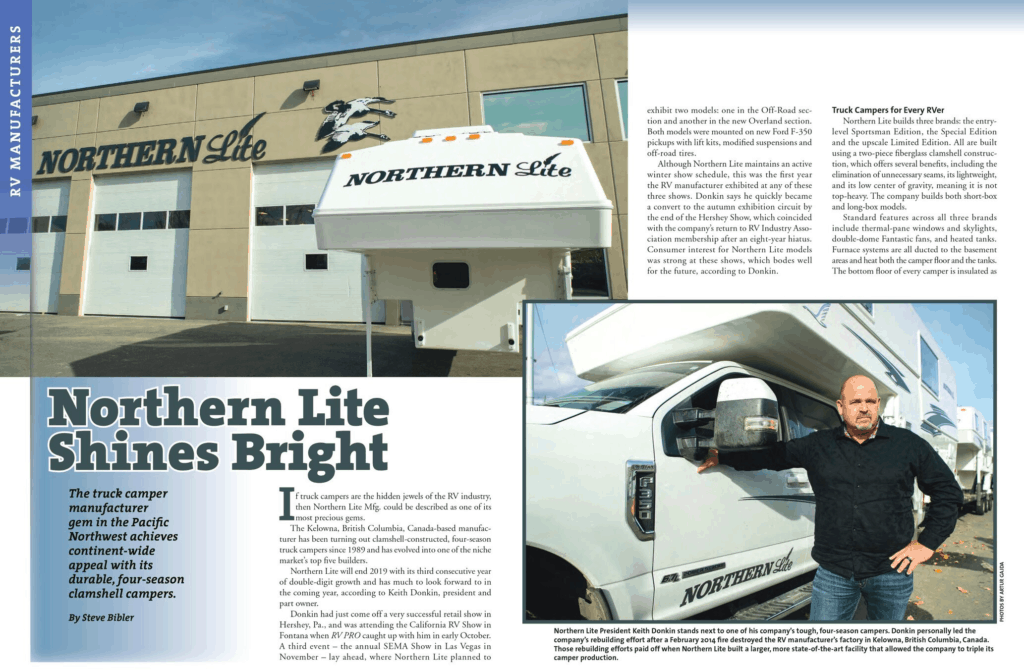 If truck campers are the hidden jewels of the RV industry, then Northern Lite Mfg. could be described as one of its most precious gems.

The Kelowna, British Columbia, Canada-based manufacturer has been turning out clamshell-constructed, four-season truck campers since 1989 and has evolved into one of the niche market’s top five builders.

Northern Lite will end 2019 with its third consecutive year of double digit growth and has much to look forward to in the coming year, according to Keith Donkin, president and part owner.

Donkin had just come off a very successful retail show in Hershey, Pa., and was attending the California RV Show in Fontana when RV PRO caught up with him in early October. A third event – the annual SEMA Show in Las Vegas in November – lay ahead, where Northern Lite planned to exhibit two models: one in the Off-Road section and another in the new Overland section. Both models were mounted on new Ford F-350 pickups with lift kits, modified suspensions and off-road tires.